James Higgins was the Company’s Health & Safety Manager for 18 years before he sadly passed away in February 2015. He was not only a highly valued colleague but a true friend to us all.

In honour of James’ memory, we created a competition where members of staff were nominated to receive prizes for promoting Health & Safety initiatives and improvements within the Company.

The prize giving event took place on Friday 19 February 2016 at the Belfry Hotel and Golf Complex in the Midlands. Terry Taber, our Director for Health & Safety presented the winners with their prizes. 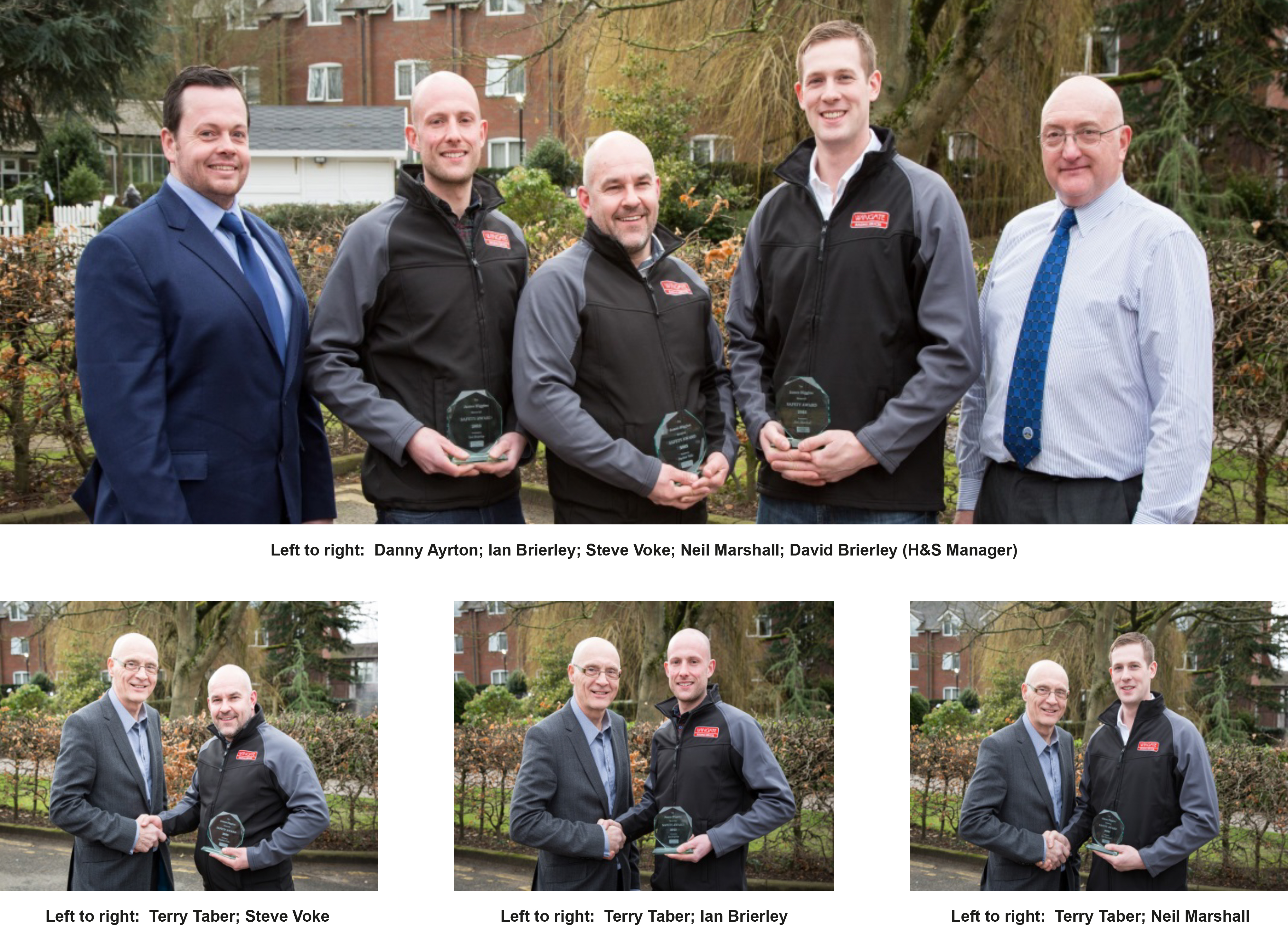