James Higgins was the Company’s Health & Safety Manager for 18 years before he sadly passed away in February 2015. He was not only a highly valued colleague but a true friend to us all.

In honour of James’ memory, we created an incentive where members of staff were nominated to receive prizes for promoting Health & Safety initiatives and improvements within the Company.

Terry Taber, our Director for Health & Safety presented the winners with their prizes. 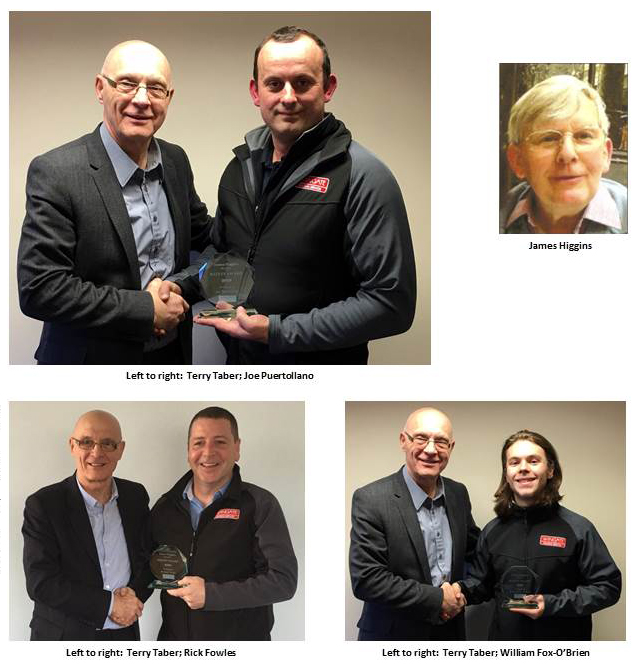